The Library has the records of the Project Endeavour, the historically significant collection of material compiled by Curtin University in relation to the triple circumnavigation of the world by Jon Sanders.

The printed collections include explorer journals, maps and other historical material.

This historically significant collection relates to Jon Sanders’ journey in the yacht Parry Endeavour three times around the world between 25 May 1986 and 13 March 1988. The record-breaking voyage was solo and non-stop.

Project Endeavour, under the umbrella of Curtin’s Centre for Marine Studies and Science Technology (CMST) and lead by Professor John Penrose, was responsible for the preparation program for the voyage and the two year voyage itself. Records in the Project Endeavour Collection include photographs, correspondence between Sanders and Penrose, scrap books, Sanders’ log books, designs and drawings of the Sanders’ yacht the Parry Endeavour, scientific results and logs, charts and maps, minutes of the Project Endeavour working party, sound recordings and film footage taken by Sanders during his voyage. The library also has oral history interviews recorded with people directly involved with Project Endeavour, including Jon Sanders, Professor John Penrose, and Dr Kim Klaka. 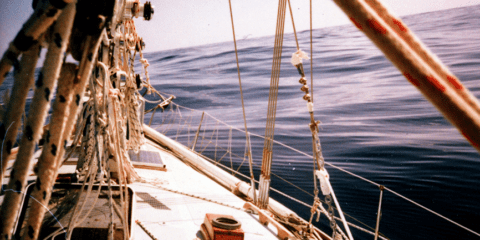 To commemorate the 30th anniversary of Jon Sanders’ triple circumnavigation of the world, the Library recreated the journey using the original logbooks, photos and film from the Project Endeavour Collection. 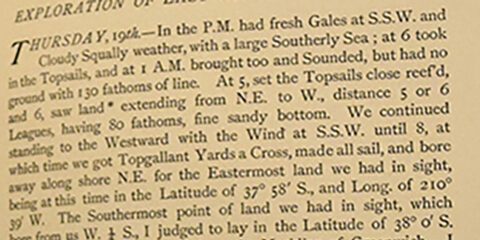 The Library has early editions, rare books and fascimiles about the mapping and exploration of Australia, including journals of the voyages of James Cook and John Hunter.

The books and journals are catalogued individually. The oldest are held with other rare books in the John Curtin Prime Ministerial Library.