This internet browser is outdated and does not support all features of this site. Please switch or upgrade to a different browser to display this site properly. Bold. Original. Curated for our community.

A series of thought-provoking articles full of insight and inspiration on the issues most important to you, featuring some of Curtin University’s brightest minds, leaders and creatives.

“Welcome to Curtin Commons, an online storytelling space for Curtin alumni, staff, students and friends. Featuring a series of thought-provoking articles intended to inspire and enlighten, Commons celebrates the many amazing contributions of our Curtin community and how they are striving to create a brighter future for us all.”

As the Dean, International for the Faculty of Health Sciences at Curtin University and more recently Dean of Gender Equality, Inclusion and Diversity, Dr Jaya Dantas is a firm believer in the power of education.

The Professor of International Health in Curtin’s School of Population Health, is passionate about bridging the gap between refugee and migrant populations, breaking down barriers of disparity and being a beacon of hope to those downtrodden by inequality. 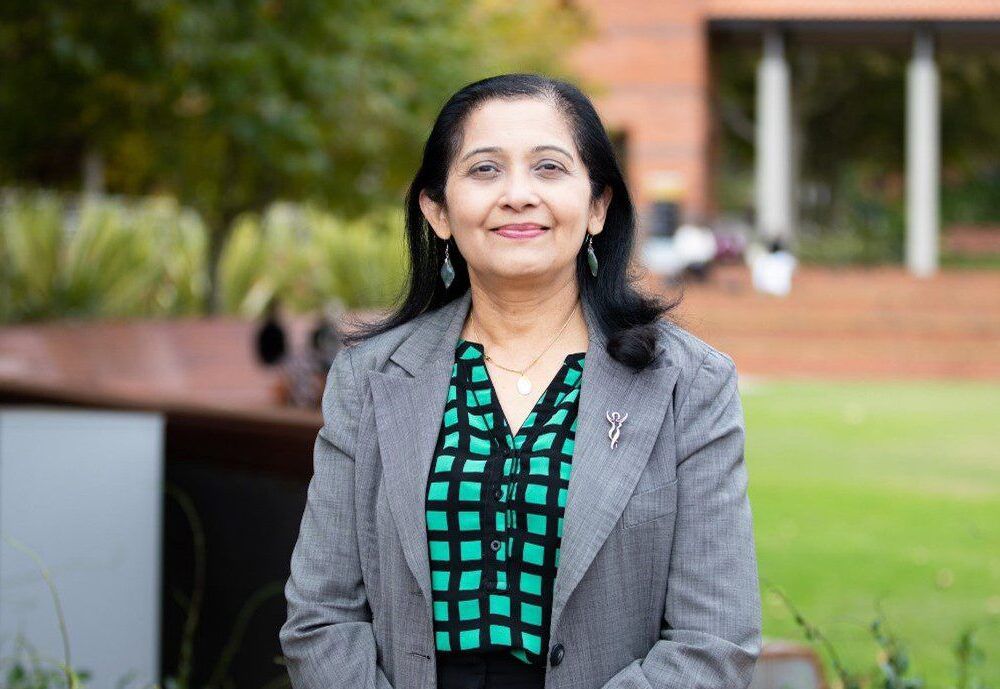 Curtin research is music to the ears for Meniere’s sufferers’

With no known cure or effective treatment, the debilitating inner ear disorder Meniere’s Disease is wreaking havoc on sufferer’s lives. Causing terrifying and unbearable symptoms such as extreme vertigo, nausea, hearing loss and brain-fog, it can strike at random without warning. Curtin Meniere’s researcher Dr Daniel Brown is working extensively on new therapeutical approaches to Meniere’s and is committed to finding effective treatment.

WA mining industry on cusp of a new era

As lithium demand increases around the world, it is starting to look a lot like iron ore of 20 years ago. With hopes it will one day replace fossil fuels, Curtin graduate and Rio Tinto’s managing director of Battery Materials Marnie Finlayson speaks to Commons about the future of mining, where the value of natural resources is respected, women feel supported and environmental impact of all mining activities is prioritised to minimise carbon emissions. Thanks to the generosity of our community of change-makers, Curtin staff are helping students like Annabel Biscotto (Law and International Relations) and Patrick Catambay (Mechanical Engineering & Finance) become future leaders. Through Curtin’s Give to Change program, staff are not only investing in the strength of the University, but our students’ hopes and dreams. 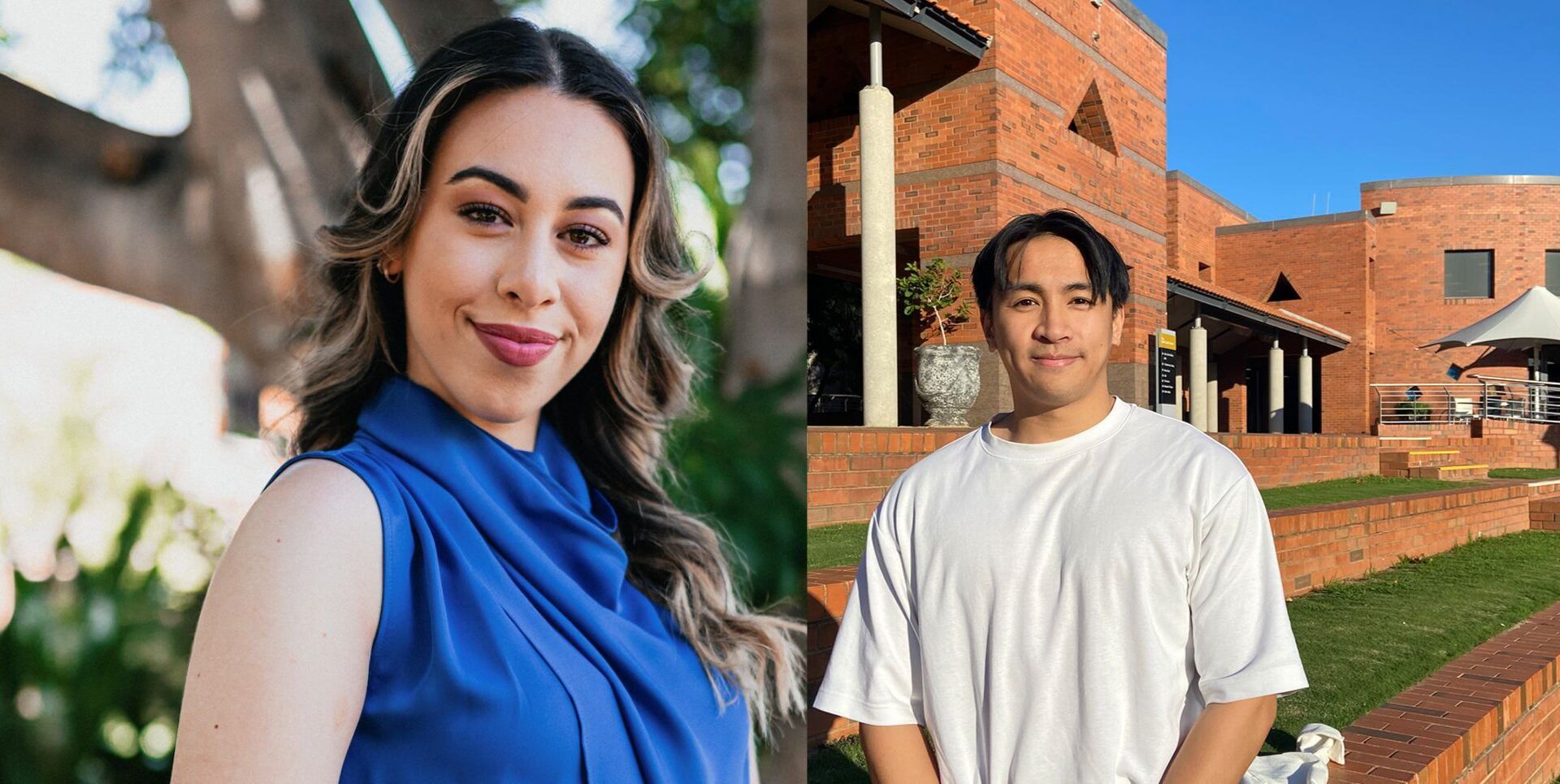 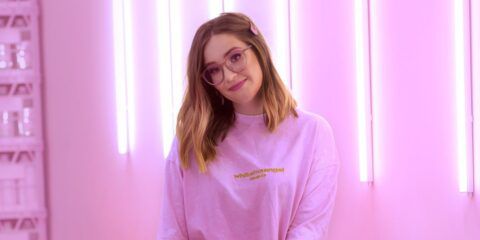 When Curtin graduate Brittany Garbutt invested $100,000 of her savings to start her pretzel business in 2017, she had no idea it would become the popular brand it is today. With 11 stores across Australia and more on the way, the Founder of Pretzel Australia shares her secret to sweet success. 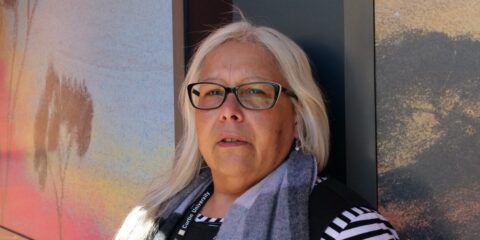 From tragedy to triumph: Carrolup artworks help in healing

When an opportunity arose to safeguard the previous artworks by children of the Stolen Generations at John Curtin Gallery manager Kathleen Toomath didn’t hesitate. Created by the renowned Carrolup child artists of the 1940s, including her extraordinary Mum Alma Toomath, the treasured pieces give us hope for a better and brighter future. Education: The biggest weapon to fight any war

Afghanistan refugee and nursing graduate Ezz Rahmati said attaining a tertiary education degree at Curtin changed his life. Using his nursing degree, he hopes to work in developing nations, where he can help those less fortunate access common medicine and prevent unnecessary deaths from treatable infections. On May 21, 2022, Curtin alumna and former Guild President Zaneta Mascarenhas was voted in as Federal Member for Swan. The first female to hold the position in Swan’s 101-year history, the Science and Engineering graduate and Mum of two brings a wealth of advocating experience and diversity to the House of Representatives. 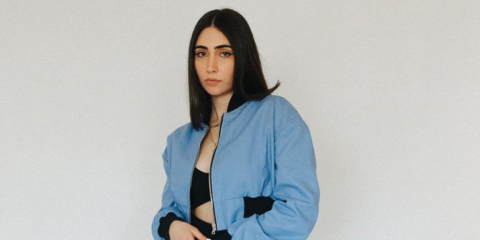 Emerging from the pandemic haze, stronger than ever, fashion companies are adapting to new consumer priorities and shifting their focus towards more sustainable and ethical wear. As Curtin celebrates 20 years of fashion studies this year, Head of Fashion Anne Farren reflects on the evolution of the industry and celebrates the significant contributions of our diverse collection of fashion alumni and recent graduates. 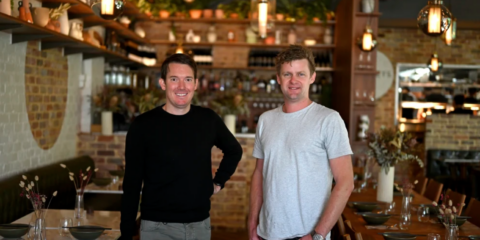 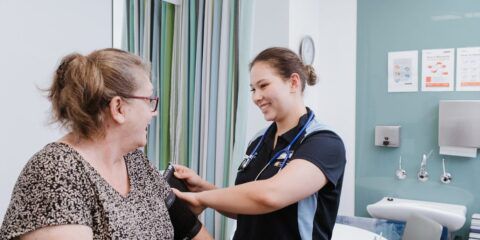 While nursing as a profession has evolved over the years, the career itself remains true to those who are motivated to serve and save others. Hear how Curtin’s new Nursing and Midwifery Mentoring Program is helping our final year students make a smooth transition from study to frontline. 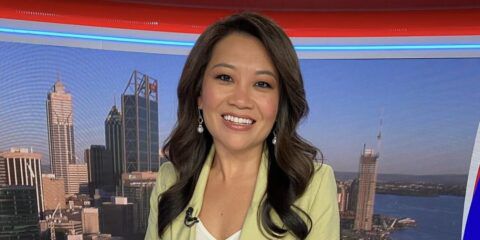 Nine News presenter Tracy Vo has become a familiar and friendly face on our television screens. Forging a successful career as one of Australia’s leading journalists, the Curtin graduate discusses how her Vietnamese heritage and parent’s bravery and resilience as refugees helped pave the way for her bright and promising future. 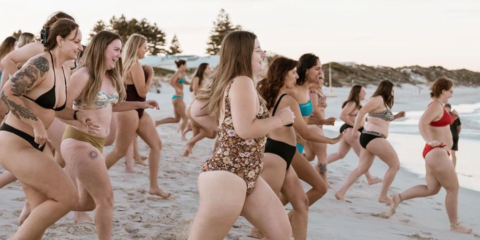 When Curtin graduate Tara Jeisman shared a video of herself on TikTok enjoying a sunrise swim at Mullaloo Beach in February this year, she had no idea it would evolve into a body positive movement that would later sweep the nation.

Recently nominated for the 2022 John Leslie Art Prize, Curtin graduate Jarrad Martyn’s (BA Fine Art 2012 & BA Hons 2013) ‘Host’ is just one of the mesmerising works from his Relics collection. Through the evolution of collective memory, Relics represents modern and ancient ideas and imagery in new contexts and narratives. Some of the collection is currently on display at STALA Contemporary. 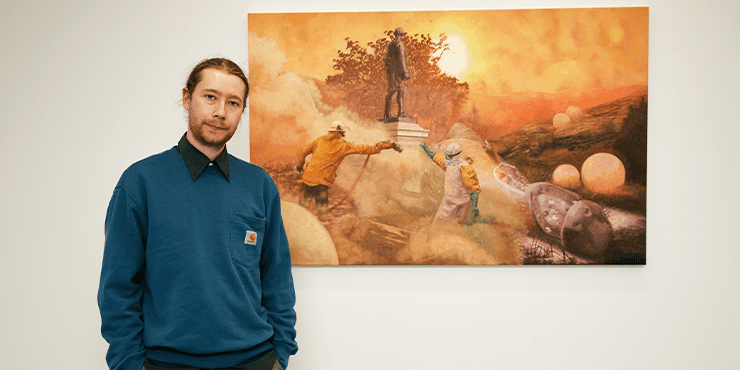 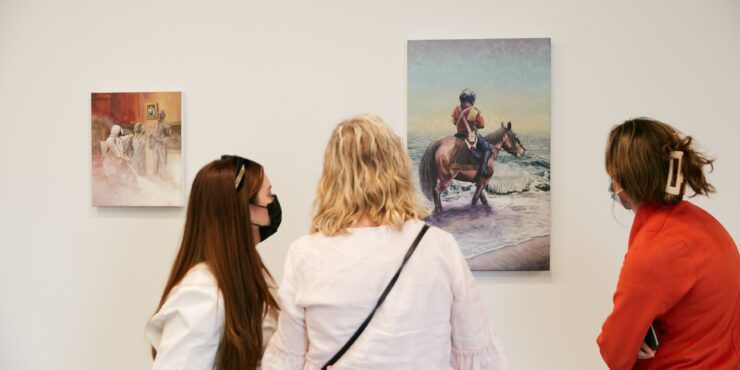 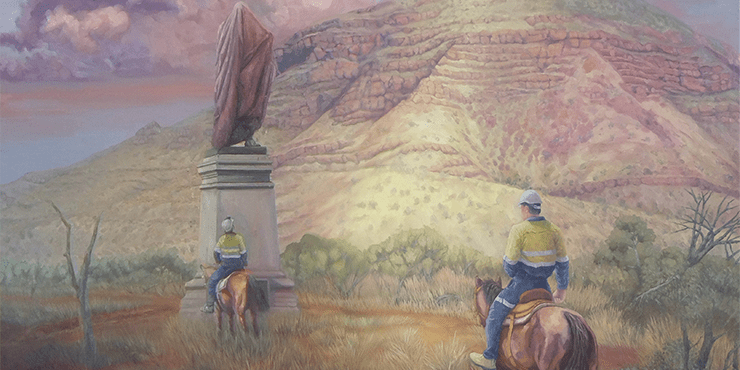 Juicy reads from our past…

Missed out on some of our previous articles? Never fear – we have them all here. A Curtin University led trial calls on those with MS to taste test new six-week nutrition education program, which is designed to help those participants understand the role diet can play in managing some of their symptoms. 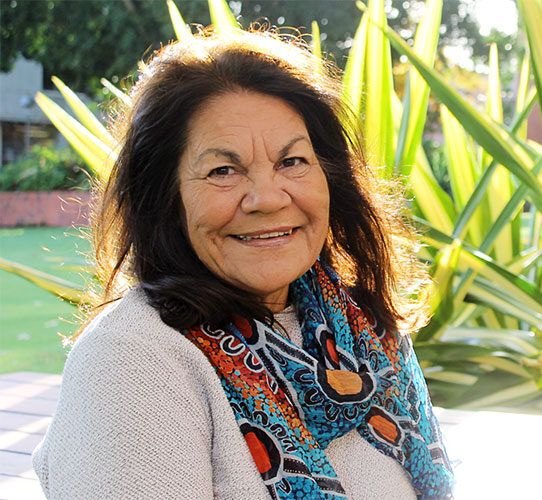 A survivor of the Stolen Generations, Curtin’s Moorditj Yorga Scholarship Coordinator Trish Hall-Wall shares her journey from heartache to healing. As COVID-19 continues to sweep the globe claiming more than six million lives to date, by comparison WA has managed to weather the pandemic storm. WA’s Chief Health Officer Andrew Robertson shares his thoughts on whether the end is in sight. 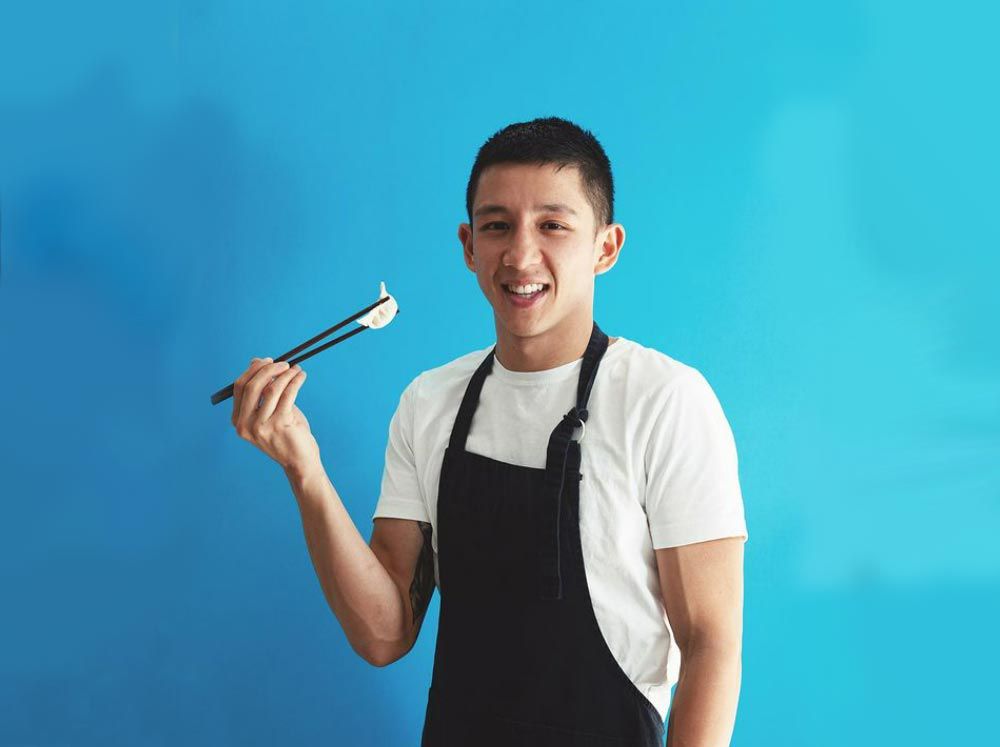 Curtin graduate and Masterchef Australia fan favourite Brendan Pang reflects on his journey from social worker in the State’s north to dumpling extraordinaire.

Imagine not wanting to leave your home because you can’t stop drooling? Donald Main is one 74% of people living with Parkinson’s who experience this common and vexing symptom. We chat with the Curtin researcher exploring ways to stop these embarrassing side effects. 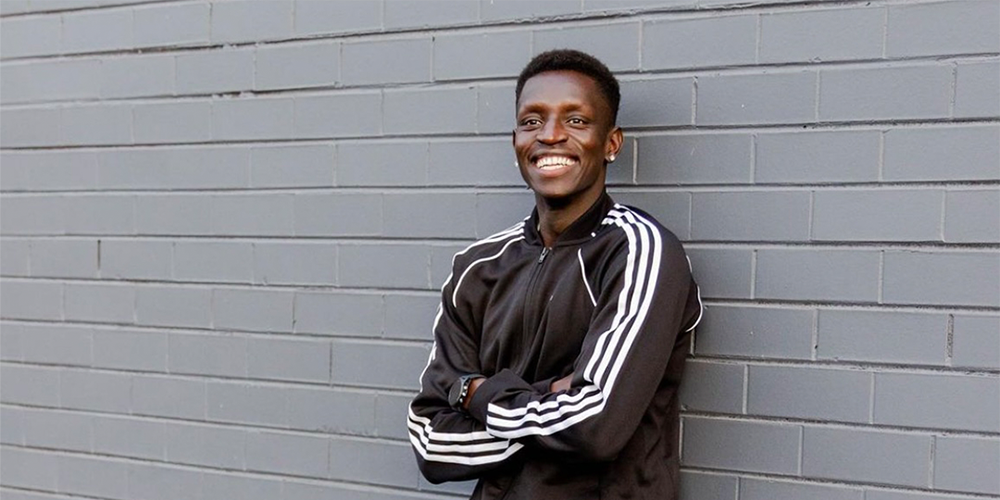 Australian Olympian and former Curtin student Peter Bol is a homegrown success story both on and off the track.

Subscribe to our Curtin Commons Noticeboard newsletter, and you’ll receive the latest news, profiles and in-depth essays in your inbox every month!
If you’re already a Curtin graduate, update your details to receive our newsletter automatically.

What do you think about Curtin Commons and the stories we’re sharing? Have any ideas or a story you think we should cover? We want to know.

… and find out what your community cares about

“My biggest inspiration and role model is my mum, Dr Rosemary van den Berg, who was the first Nyungar woman to graduate with a PhD from Curtin. I worked on a painting to represent that intergenerational support, and hopefully empower other Aboriginal women to thrive at Curtin through their Moorditj Yorga Scholarship Program.”

“I have felt empowered to create change as part of some wonderful organisations that benefit many inspiring people – currently this is for the Constable Care Foundation in my role as CEO. Ethical decision-making, integrity and creating change for the better are my guiding personal values.”

“The mindless consumption of apparel is a major contributor to the fashion industry’s shameful environmental impacts. I want to promote responsible consumption of fashion products through education, awareness and innovation. We have the power to catalyse change by consuming less.” 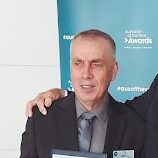 Letter to the Editor from Ken Gibbons (BApp Sci Biology, 1977)

“I read with interest the latest issue of Curtin Commons and especially the history of Grok and Curtin FM. I was the Student Guild President from 1977-1979 in a rather turbulent period in the Guild’s history. Grok played an instrumental role in the survival of Curtin FM and also in the WA School of Mines (WASM) in Kalgoorlie; the University Administration was going to defund CurtinFM (formerly known as 6NR) and close the station. There were also recommendations that WASM should be closed and the courses transferred to the Bentley campus in Perth. Grok was involved in sharing the strong opinions of students who were against these proposals and was a vanguard for social issues on campus. I hope that the rich history of Grok has been preserved, as it is perhaps the best record and testament of the living history of students, their Guild and their stories of the past half century.” 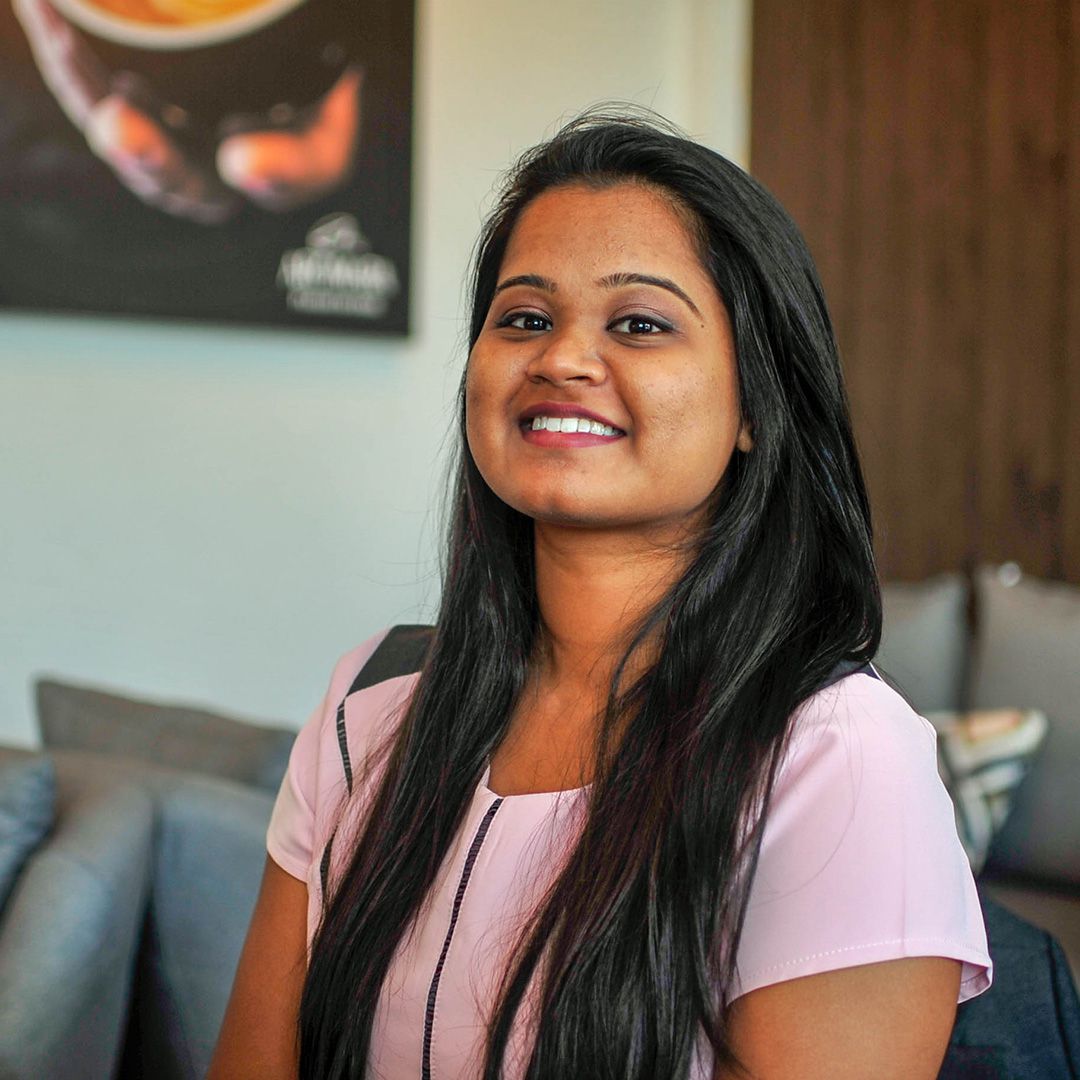 Dikshita Awotarowa (BCom Banking and Finance, 2020) cares about inspiring women to see themselves in finance

“I founded the Women in Finance and Investment Network to address the underrepresentation of women in these fields and evolve the public’s perception of what a female expert in finance looks like. Hopefully by increasing our visibility, we can motivate the next generation of young girls to study finance.” 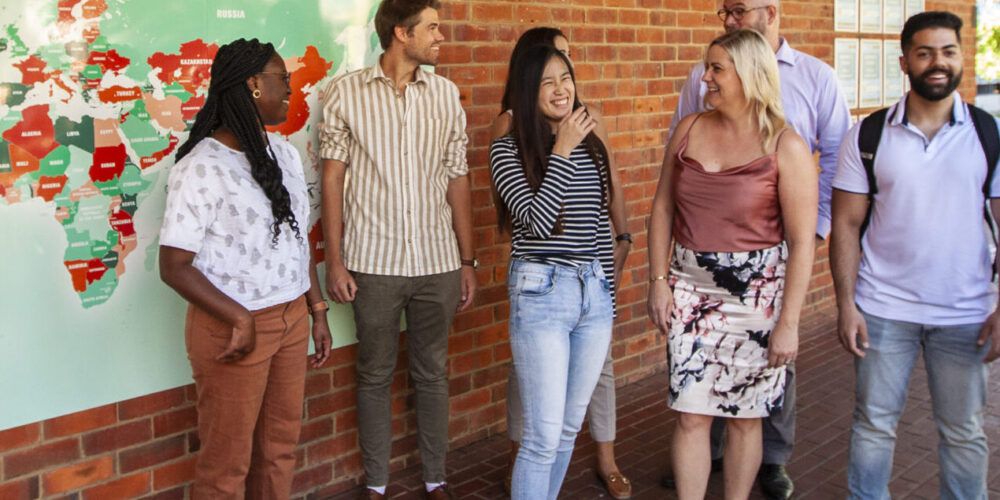 A ‘commons’ is a space that is shared by and benefits a community.

Our commons is a cultural and virtual one, reflecting the ideas and experiences shared by a proud and distinct Curtin community living in Western Australia and around the world. We hope that this space will inspire us to stay connected in ways that are beneficial to our lives, families and communities.

Curtin University acknowledges the traditional owners of the land on which Curtin Perth is located, the Whadjuk people of the Nyungar Nation; and on our Kalgoorlie campus, the Wongutha people of the North-Eastern Goldfields.