This internet browser is outdated and does not support all features of this site. Please switch or upgrade to a different browser to display this site properly.
Curtin experienceMentoring 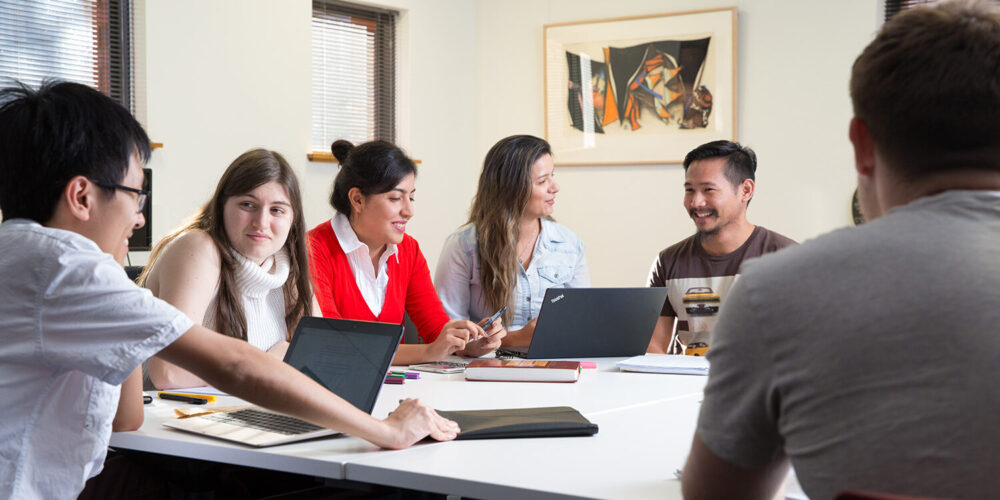 The Curtin Specialist Mentoring Program (CSMP) is one of the first and largest peer support mentoring programs in Australia specifically designed for neurodiverse students with an autism spectrum or related condition.

CSMP also provides a weekly social group CSG, run by the mentees supported by mentors during the semester to help develop friendships, discuss relevant issues and enhance students’ sense of belonging at Curtin.

The CSMP is a separate program to the New to Curtin Mentoring Program.

CSMP was featured on ABC News Australia’s 7.30 Show. Watch the story to hear more about how and why the program started, and how it benefits participants: 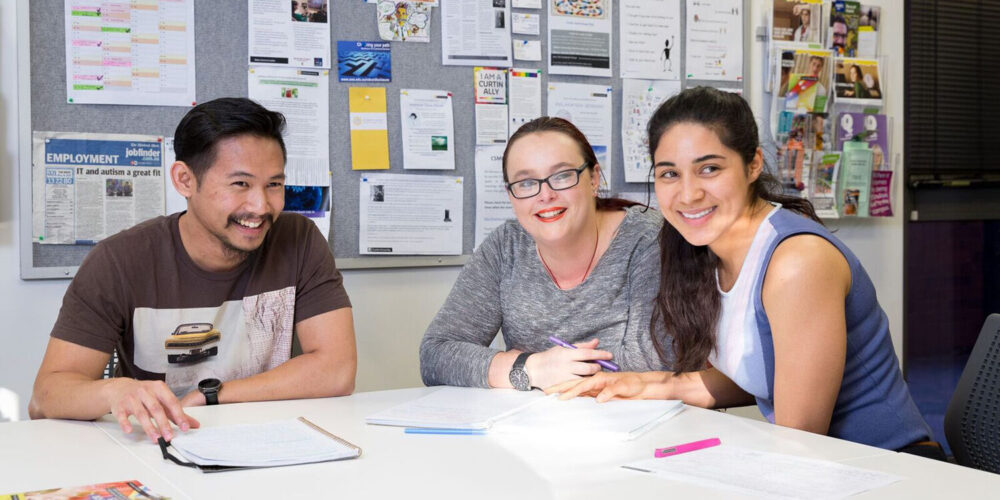 What is a mentor?

Mentors are successful postgraduate students and final year undergraduate Honours Psychology students. Your mentor will help enhance your student experience by supporting you to gain confidence, independence and self-advocacy during your time at Curtin. Your mentor will also provide targeted support based on your individual needs and goals. They will work with you to develop strategies to successfully leverage your strengths and address any difficulties you experience during your academic and employment journey.

Who can get a mentor?

Any student who has been diagnosed to be on the autism spectrum or has a related condition that is diagnosed by a qualified health service provider that affects their ability to study successfully may be eligible for support through the program, once they have registered with AccessAbility Services.

How to get and keep a mentor?

Who can be a CSMP mentor?

CSMP mentors are paid for their mentoring work and gain valuable professional practice working with this population of neurodiverse students.

What is expected from CSMP mentors?

Please note most mentoring work occurs mainly during the teaching weeks of the semester.

Who can be a CSMP volunteer?

Strong performing undergraduate Psychology students in the second year of their course are eligible to apply to become CSMP volunteers.

Why be a CSMP volunteer?

How do CSMP volunteers work?

CSMP volunteers work in a collegial, supportive team environment to provide extra administration support to the program for approximately four hours per week during the teaching weeks of the semester.

How to apply to be a CSMP volunteer?

Going into university for the first time was challenging and scary yet exciting, all on its own. Struggling with new situations, structure and community made the mentoring program such a vital safety net and building bridge in becoming my own person and making a name for myself. Although I went into university with outside friends on the other side of campus, the program gave me a mentor that helped me make and keep friends in my degree and yet support me with regular conversations, meetings and information. I’ve been a part of programs like this before and nothing compares to the support, care and thrive for my success, it offers.

These biographies and the terms used within were approved by each ambassador.

Cameron is an autistic student with Asperger’s Syndrome, a high functioning form of autism.

He was accepted into the Comet Bay College ‘Gifted and Talented Program’ (GATE) at the start of high school in 2008, after being dux of his primary school and winning the PEAC Academic Excellence award.

On Australia day in 2009, he was presented with a ‘Certificate of Appreciation’ award from the Lord Mayor for inventing a children’s computer game and donating all the sale proceeds to charity. Cameron was also the school chess champion and captained the team’s win in the 2011 regional finals.

His high school years culminated with him graduating as dux of the school in 2013 and topping all his classes. For several years after graduating, he regularly provided voluntary tutoring to students struggling with maths, physics or engineering.

He has been a mentee with the Curtin Specialist Mentoring Program since its inception, and his first year at university, in 2014. He remained part of the program until the end of 2018 when he graduated with first class honours.

His involvement helped him build confidence and acquire mandatory industry work experience related to his degree. His mentor also assisted with his application to the International Centre for Radio Astronomy Research for a summer scholarship in 2016, which he won.

Two previous work experience companies – the Bureau of Meteorology and Deloitte – both offered Cameron paid work over the 2017 summer break. This gave Cameron encouragement and hope for future career opportunities.

Cameron now works for BHP as a software engineer, where he has been since April 2019. The Curtin Specialist Mentoring Program as well as the AASQA program run by Professor Tele Tan were instrumental in providing the support and assistance required to help him prepare for and secure this position. He is now part of a team where he is thriving, valued and feels he can make a meaningful contribution.

After 2 years of employment and stringent saving, Cameron has also managed to reach another milestone by purchasing his first home.

The Learning Enrichment Program at John XXIII College took Jacinta in and under its program, support workers and counselors, she thrived at school and her marks began to soar. When in year 11, Jacinta decided to study at Curtin after attending several open days and talking to the various disability officers.

Jacinta enrolled at Curtin in 2013 with a Headmaster’s Recommendation Scholarship and started her studies towards her multiple disciplinary science degree in the hopes of becoming a science communicator. Even with the support however Jacinta began to decline in her social interactions and failed to make friends.

In 2014, Jacinta switched degrees to start a degree in physics majoring in astrophysics and joined the Curtin Specialist Mentoring Program (CSMP) in its first year following a mix up in mobile numbers. She is very grateful that this occurred because with the help of her mentors and the safe space the program provided, she was able to succeed at university and graduate with her bachelor’s degree at the end of 2016, also having won the Curtin STAR Scholarship in 2014 and the Summer Physics and Astronomy Scholarship in 2014.

During her time in the CSMP, Jacinta did many presentations for the program and ended up becoming a mentor to a couple of school aged children on the spectrum. She also began volunteer work with Scitech Discovery Centre before being offered a casual role in 2016.

Jacinta worked at Scitech casually and when she graduated from Curtin, moved to full time hours under her casual contract. In 2018 Jacinta was offered a full-time job at Optika Solutions and currently still works there managing the communications around their product offerings and case studies and assisting in the implementation of various strategies across the business.

During her time at Scitech, Jacinta was able to move out of home and in with a flat mate, a year later she bought her own flat and a year after that adopted her first cat who has provided Jacinta with endless snuggles and entertainment. She also took up martial arts and sword fighting classes at Ursa Major HEMA Academy. Her involvement in the club was what allowed her to meet her current partner 2 years ago, and they moved in together earlier this year.

Finally, Jacinta’s advocacy for those on the Spectrum and her constant involvement in the CSMP and in various panel discussions surrounding Autism caught the attention and eye of Spectrum Space. They invited her to join their board of directors in 2018, a role she accepted with much enthusiasm. Since then, she has spoken at more events, advocating for those on the spectrum, and is looking forward to doing more events this year.

Jacinta feels strongly that her current achievements and her confidence to be an advocate for those on the spectrum stems from the support of the CSMP program, and she looks forward to continuing to supporting this initiative well into the future so that her peers can have access to the same success and opportunities she did.

For more information contact the CSMP Program Managers at autism.mentoring@curtin.edu.au.

The CSMP room is located in Building 109, Room 101 on the Curtin Perth campus.

How to transition to tertiary education

LGBTIQ+ support and community at Curtin