This internet browser is outdated and does not support all features of this site. Please switch or upgrade to a different browser to display this site properly.
HomeAbout CurtinLearning and teachingBusiness and LawAboutAdvisory NetworkManagement and Marketing Advisory Board

Management and Marketing Advisory Board 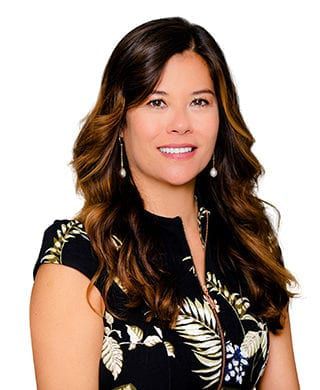 Head of School, School of Management and Marketing
Faculty of Business and Law

An acknowledged leader in strategy and innovation, prior to co-founding Artrya he advised Boards & CEOs of some of Australia’s leading organisations on growth strategies. He previously had 12 years’ experience in the information technology industry, chaired a technology platform company and founded big data firm Nerve Systems in 1999, providing predictive analytics services to online, financial services and telecommunications companies across Australia and in Asia. In the education sector he was WA State Manager of the Australian Graduate School of Management Executive MBA program from 1995 to 2004.

In 2019 he was appointed a Member of the Order of Australia. He was awarded the AICD PwC Director Award for Excellence in the Not-for-Profit Sector in 2017.

Ms Yasmin Broughton is a barrister and solicitor with significant experience working as both a director and an executive in a diverse range of industries including cybersecurity, energy, infrastructure, mining, financial services, agriculture, insurance, legal, aged care, education and media distribution.

Ms Broughton has over 15 years’ experience working with ASX-listed companies as an officer and has a deep understanding of corporate governance, including compliance and managing complex legal issues.

Nicole has over 20 years’ experience in customer, brand and business strategy in organisations in Sydney, Perth and North America. Nicole has had a diverse career, spanning both consultancy and in-house roles, working in marketing management of FMCG, financial services and lotteries businesses. Nicole was General Manager at Marketforce until 2019, leading strategic development and project management for Perth’s largest marketing and management teams, defining brand and marketing strategy in often disruptive business categories. In October 2019 Nicole joined HBF as the business embarks on a company-wide member-centric transformation. Service, product and technology improvement programmes require complex cross-functional collaboration, which Nicole leads with a unique blend of enthusiasm, innovation and pragmatism.

Nicole holds a Bachelor of Business (Marketing and International Business) from the University of Technology, Sydney. Since moving to Perth Nicole has worked with Curtin University in various capacities, including sessional academic roles at both the Perth and Hong Kong campuses. Sharing practical, real-world experience with business school students is both enjoyable and valuable for Nicole, who has two young boys of her own who hope to study at Curtin University one day!

Haylee is General Manager of Brand and Marketing at RAC, WA.

Prior to this, Haylee led the brand and marketing function at Bankwest. This includes brand strategy and communications, sponsorship, product marketing and social engagement. Haylee has a diverse background of strategic marketing experience from a long career including both agency and client-side marketing. Haylee’s greatest passion is uncovering value adding consumer insights for brands, and ensuring all strategic decisions and creative solutions are insight driven.

Haylee enjoys the management of key delivery partners to ensure diverse and collaborative problem solving that directly influences commercial outcomes. Haylee’s previous experience includes many well-known brands within both the Perth market (through clients of The Brand Agency), in the retail utility sector in the UK (British Gas), as well as working within a-number of well-known creative, marketing and CSR agencies in the UK providing a breadth of experience in solving unique business problems.

Neil is a growth focused business leader with 30 years’ experience operating internationally at executive and board level in customer marketing, operations, digital, distribution and strategy roles. His experiences range from leading a $70m start-up with a major bank in Europe – establishing businesses in the UK & Spain – to investor relations roles that have seen him involved in securing over $500m in capital, and executive management roles responsible for delivering $1.6bn in revenue. He is currently the Chief Operating Officer of FinTech Services Australia (FSA) is a leading financial and technology company

Chris Rodwell assumed the role of Chief Executive Officer with the Chamber of Commerce
and Industry Western Australia (CCIWA) in early 2018. Since commencement Chris has
led a significant strategic reset of the organisation to strengthen its impact. During this
time the CCIWA has secured significant policy change in areas including GST distribution,
payroll tax and skilled migration.

Over the course of his career he has held a number of board, advisory and senior
executive posts for organisations engaged in trade & investment, education & training,
and workplace health & safety. These include:

Earlier in his career, Chris worked in public relations consultancy, both in Australia and
Europe, where he consulted to companies across the financial services, technology,
infrastructure and life sciences sectors. Chris began his career in Canberra where he
worked as a policy advisor with the Australian Industry Group. This followed the
completion of a graduate program with the Department of Defence.

Chris holds a Bachelor of Arts (Communication) degree from Charles Sturt University and
graduated with the prize for Political Science. He has also completed the Australian
Company Directors’ Course. He is married to Katie and together they raise four children,
Max, Harri, Oscar and Lucinda.

Professor Nigel de Bussy is Pro Vice-Chancellor of the Faculty of Business and Law and the Dean of Curtin Business School.

Nigel holds a PhD from Curtin University and an MA from The Queen’s College, Oxford. He is a Fellow of both the Public Relations Institute of Australia and the Australian Marketing Institute, and a Certified Practising Marketer.

Nigel joined CBS as a lecturer in public relations in 1994 and was Head of the School of Marketing from 2012 – 2017. Before joining Curtin, Nigel spent more than a decade as a public relations professional in the UK and Australia. His research has been published in a number of leading journals in the fields of public relations, communication management and marketing communications.

Prior to taking up this role, Vanessa was Director of Learning Innovations at Curtin where she led innovation and project teams to develop Massive Open Online Courses, as well as leading transformational IT projects at Curtin.

Vanessa was Dean of Learning and Teaching, Curtin Business School (CBS) from 2011 to 2013 and Head of School of Information Systems at CBS from 2007 to 2011.

Vanessa is a Fellow of the Australian Computer Society and an experienced leader in higher education. Vanessa’s information systems research are focused in leadership, governance, and the use of data and systems in organisations. As an educator, she conducts research in learning pedagogies, in immersive and online learning. She has developed the Web-based Learning Environment instrument and this instrument is active in use and adopted by researchers and institutions around the world to assess the effectiveness of on-line learning environments. She has published in ranked journals and conference proceedings.

Having joined Curtin University after a move to Australia from Canada, Julia has pursued an international career in both the academic and corporate sector in Canada, Singapore, Japan and the UK. Her research expertise reflects her broader interest in contemporary careers and the implications for HRM practices and organizational performance. She is especially interested in themes relating to internationally mobile professionals, flexible and remote work practices and individual and organizational performance. A key concern in her recent work on these topics is their connection with short and long-term career sustainability.